I was reading an Flash Report from “Worker’s Comp Executive” that had some good news for California Contractors.

In short, it appears that there will like NOT be a mid year rate increase from the WCIRB (ratings bureau) for 2014. See the excerpt I included below. 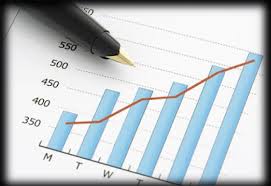 A mid-year filing to adjust workers’ comp rates in California appears unlikely. The Workers’ Compensation Insurance rating Bureau’s governing committee will make the decision official, but the carrier controlled organization’s review of the 2013 experience shows that there has been little movement since the beginning of the year.
“Losses are down a bit, [loss adjustment expense] is up…it feels like about the same place as the amended filing,” says WCIRB chief actuary Dave Bellusci. He says the indicated pure premium rate is probably within a few cents of what the Bureau filed for Jan. 1, 2104, but a final number won’t be available until the full governing committee meets later this week. “It feels like it will be close to a wash,” he says.
Worker’s Comp Executive – Flash Report